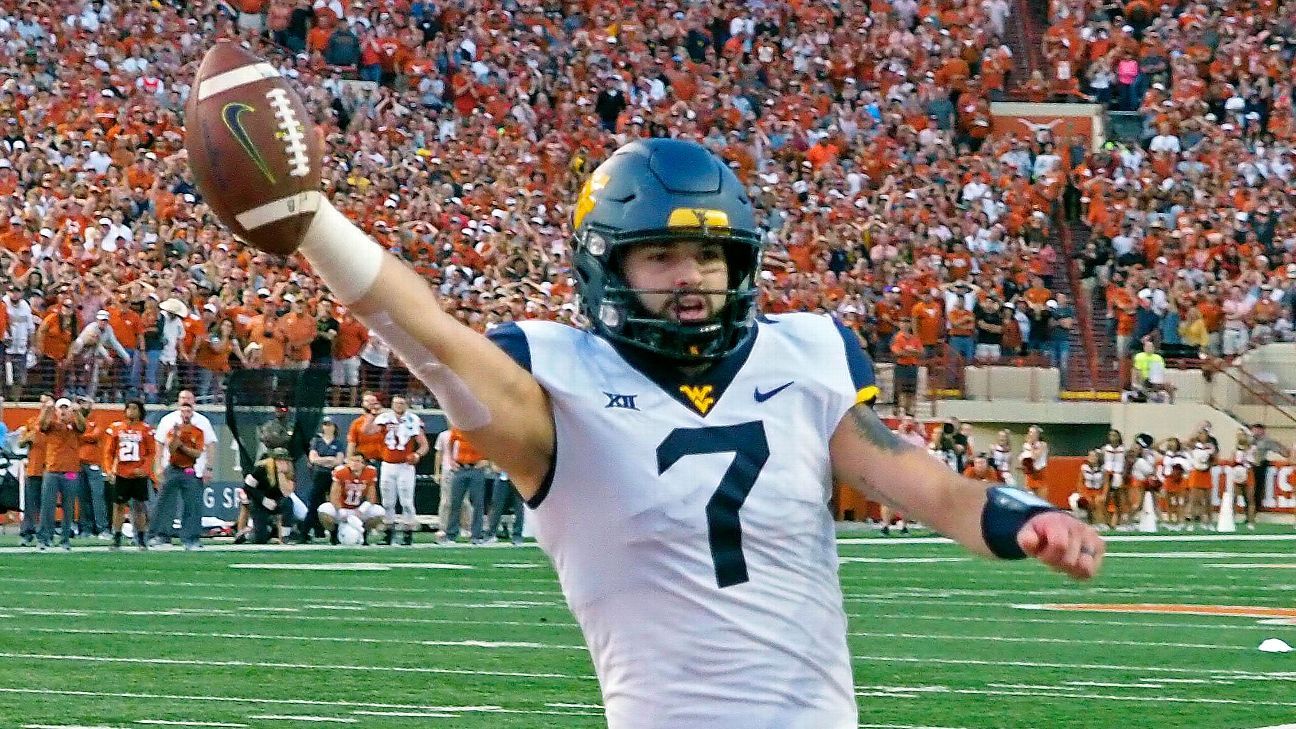 AUSTIN, Texas — Welcome back to the Heisman Trophy conversation, Will Grier.

West Virginia’s senior quarterback delivered a pair of Heisman moments in the closing seconds at Texas, lifting the Mountaineers to a 42-41, come-from-behind road victory over the Longhorns.

With time running out on West Virginia, Grier lofted an improbable, yet gorgeous pass over a pair of Texas defenders and into the arms of wide receiver Gary Jennings Jr., who just barely got a foot in the back of the end zone before sailing out of bounds.

The 33-yard touchdown pass with 16 seconds remaining pulled the Mountaineers to within a point. But instead of kicking the extra point and sending the game to overtime, coach Dana Holgorsen opted to go for two and the win.

Coming out of the timeout, the Longhorns cheated to Sills’ side. Anticipating Texas might double Sills, Mountaineers offensive coordinator Jake Spavital dialed up a quarterback draw. With no room to run up the middle, Grier bounced outside the pile to the left, then dashed into the end zone, giving the Mountaineers their biggest victory since joining Big 12 in 2012 and catapulting them one big step closer to the conference championship.

West Virginia’s victory put it all alone in first place in the Big 12 standings, pending Oklahoma’s result later in the night at Texas Tech. And the Mountaineers get the Sooners on Black Friday (Nov. 23) in Morgantown.

The Mountaineers wouldn’t be in that position, however, without Grier’s late heroics.

All told, he completed 28 of 42 passes for 346 yards and three touchdowns. But for much of the second half, he was held in check by Texas’ three down linemen and umbrella defense, which dared West Virginia to throw.

On the final drive, the Mountaineers had no choice but to put it in the air. And Grier — who was considered a Heisman favorite early in the season — delivered when it mattered most.

In recent weeks, the Heisman conversation has mostly been limited to Alabama quarterback Tua Tagovailoa and Oklahoma quarterback Kyler Murray.

With what he did on his final two plays, Grier could be joining them.