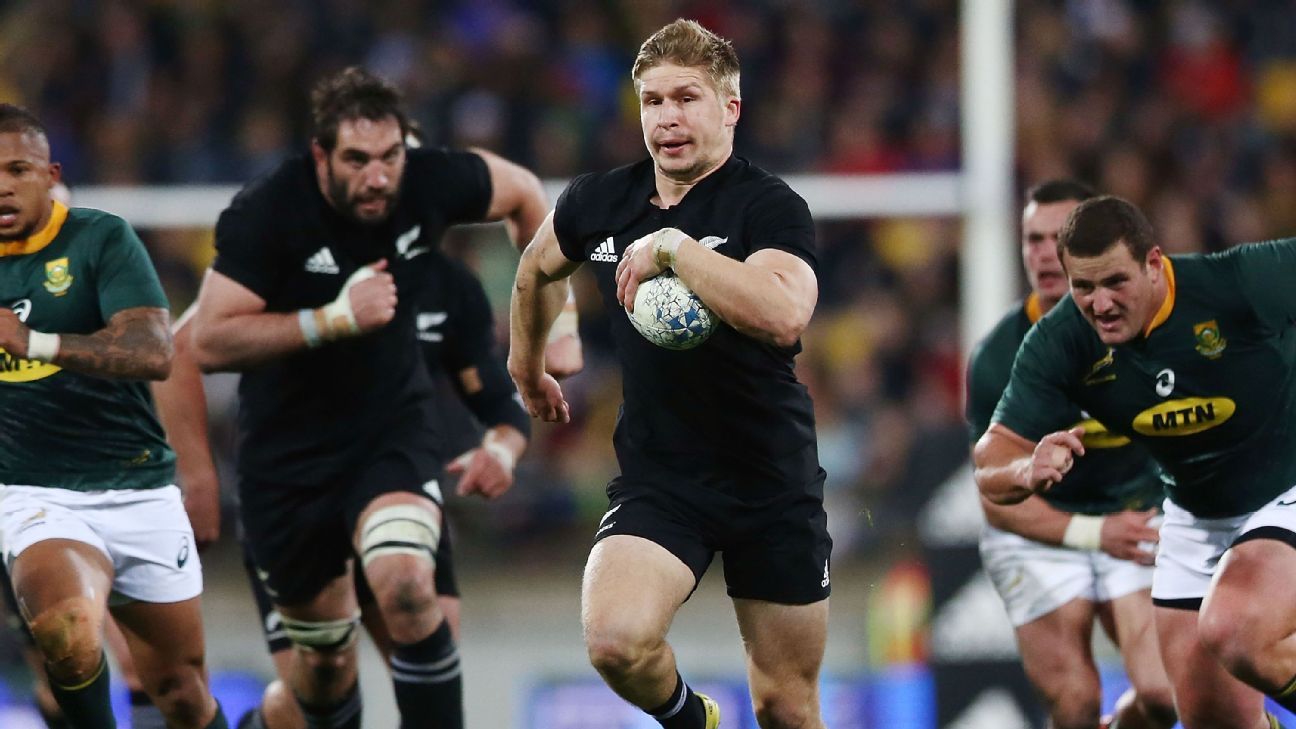 Jack Goodhue will join Sonny Bill Williams in the All Blacks midfield after he was named at outside centre for the Test with England at Twickenham.

Goodhue replaces Crusaders teammate Ryan Crotty in the No.13 jersey from the third Bledisloe Test a fortnight ago, with Ngani Laumape and Matt Proctor having formed a centre pairing in the second-string line-up used against Japan.

The other backline change from the side that made it a clean sweep of the Wallabies in 2018 comes at halfback where Aaron Smith reclaims the No. 9 jersey from TJ Perenara.

That means Damian McKenzie will again start at fullback with Ben Smith remaining on the right wing.