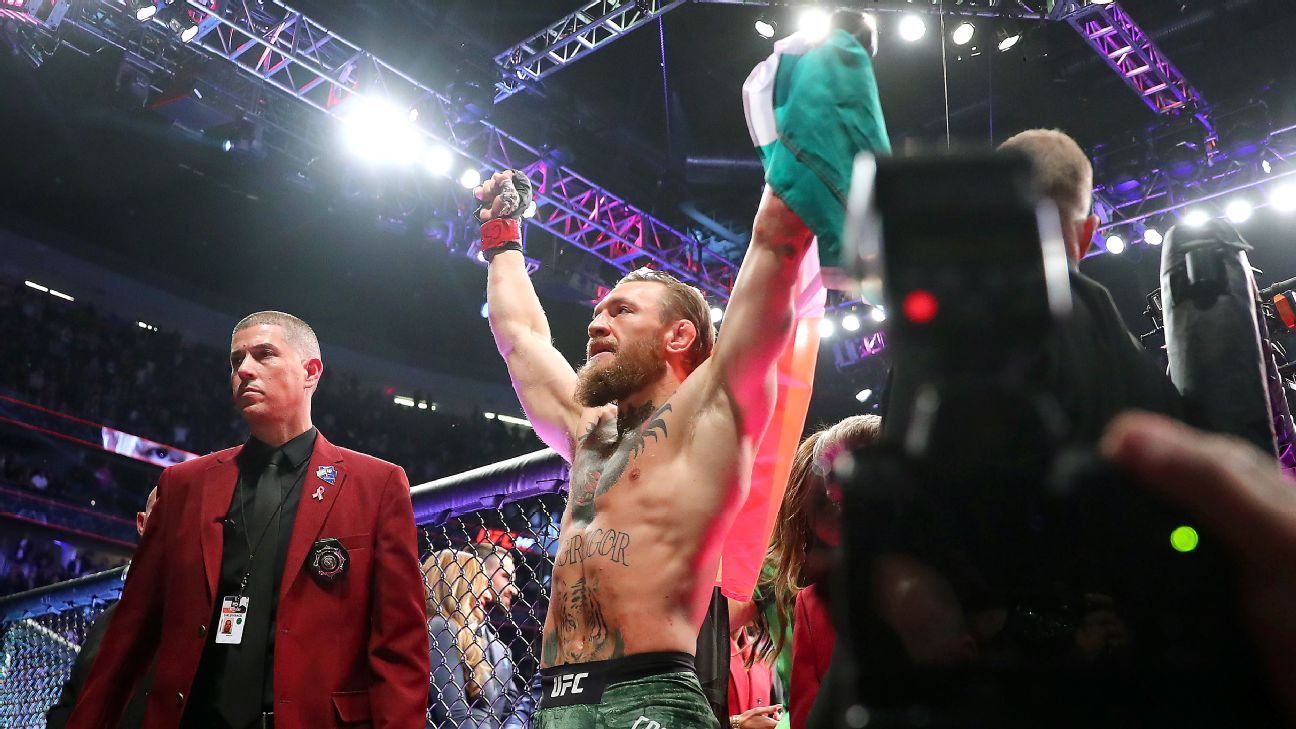 LAS VEGAS — Surprise, surprise. The king is back.

Conor McGregor ignited the world of mixed martial arts once again Saturday, as he knocked out Donald “Cowboy” Cerrone in just 40 seconds in UFC 246 at T-Mobile Arena. The result ended a winless drought of more than three years for McGregor. It was the fastest finish recorded against Cerrone.

It was a heartbreaking moment for the 36-year-old future Hall of Famer. Cerrone has developed a reputation for struggling in the biggest moments, and this result will certainly not help that.

For McGregor, it’s a rocket ship to bigger and better things. He did not call out anyone, as much as he called out everyone after the bout.

“Any of them can get it,” McGregor exclaimed.

Who should be next for McGregor and Cerrone? Let’s take a look.

Who should be next? Jorge Masvidal

What a result. What. A. Result. Look, I’ll be honest, before Saturday, there is no way I would have suggested McGregor vs. Masvidal should be next. I want to see McGregor compete at his best weight, which I still believe is 155 pounds. But my word. After that? A 40-second finish? McGregor’s next fight can’t be against someone like lightweight contender Justin Gaethje. That’s the fight I thought I wanted coming in, but after Saturday, it’s not big enough.

Masvidal seems too big for McGregor. It’s a matchup that doesn’t make a ton of conventional sense. I really want to see Masvidal fight Kamaru Usman for the welterweight championship. There’s simply a lot I don’t like about McGregor vs. Masvidal.

But here’s the bottom line. They are the two biggest stars at the moment. They are the BMFs. The buildup would be insane. This fight is bigger than any championship fight out there.

McGregor vs. Masvidal. Has to be.

Who should be next? Nate Diaz

Three losses in a row for Cerrone is obviously not good, but it’s still not the end of the world. I don’t even think it’s time to press the panic button.

Yes, 0-3 is never good, but let’s consider his losses. He lost to Tony Ferguson, who has a claim as being the best lightweight in the world. He got caught by Justin Gaethje, one of the top fighters in the sport. And now McGregor, a former two-weight champion.

Cerrone isn’t in his prime, but he’s not done either. And he’s still a fan favorite.

Hey, who does that remind you of? Perhaps not in his prime, coming off a loss, no clear path to a title, still a fan favorite? Diaz, that’s who. These two fought already years ago and it was an interesting bout in that it appeared Diaz definitely got in Cowboy’s head beforehand. Diaz ended up winning by decision, in what probably one of the more frustrating performances to watch of Cerrone’s career.

Cerrone should maybe take some time off, something he never does, but when he’s ready to go, this is a big fight.